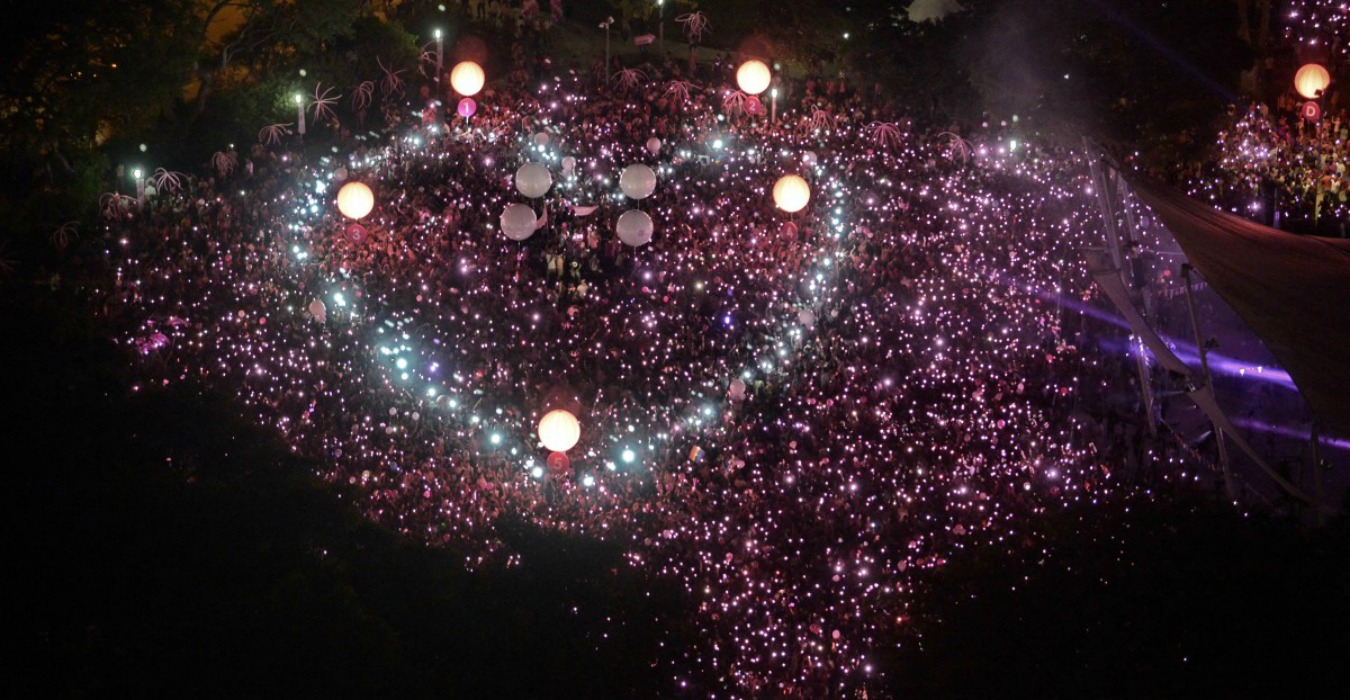 Your support is needed in Taiwan, Indonesia & Singapore

Searching on Google for May Day, the top results are all about the public holiday or something associated with fun. BUT May 2017 in Asia shows the different directions countries are moving in on LGBT right. Shocking news is never ending for LGBT community. We ask three local guys from Taiwan, Indonesia, and Singapore to share their opinions.

#LoveWins Taiwan but the game is still on!!

On 24 May 2017, Taiwan has just taken a major step towards increasing rights for lesbian and gay people. The top court has ruled it is unconstitutional to ban same-sex couples from getting married and legally registering those marriages. Parliament now has two years to amend the law, or same-sex couple will be able to marry under existing laws. Sourced from BBC.

Here’s Hugo, a young local influencer’s opinion about Taiwan to become the first country in Asia to legalize same-sex marriage.

1.What are your thoughts on the news stories about gay marriage in Taiwan?

“I think it is a very good start. However, Taiwan is always active when it comes to political issues. We have 2 main parties which barely work together. There are 2 ways in making the law now! One is creating a special law and the other is revising the civil law. So I think we will see a lot of political debates in the coming 2 years. But the good thing is, no matter how much drama there will be, we will surely have the rights to get married after 2 years, according to the explanation that’s made by the judge.”

2. How do you feel about the future for gay rights in Taiwan?

“Gay rights in Taiwan will get better for sure. We have had gay rights events for many years. In the beginning, the participants were mainly the LGBT community. Now you can see more support from the straight people joining the event too. We see less discrimination now when coming out at school and workplaces.”

“Taipei is one of the most gay-friendly cities in Asia. People here are very friendly towards the LGBT people. So you will feel truly welcomed and comfortable here.”

What’s happening in Indonesia? Two boys were whipped in public while gay sauna visitors are being arrested!

Last month, police in Surabaya, arrested 141 men for having a sex party in gay sauna. While still waiting if they found guilty, here is another breaking news, thousands of people witnessed the caning in Aceh. The crowd shouted insults and cheered as the men, aged 20 and 23, were whipped across the back and winced with pain. Sourced from BBC.

A voice from Safir, an Indonesian based in Bangkok, formerly working for the United Nations. Currently acting as Senior Communications Officer of APCOM, the non-profit organisation behind Test-BKK – HIV testing campaign for young gay men in Bangkok, Saigon, Manila and soon Hong Kong.

1. What are your thoughts on what’s happening related to the news story above?

“I’m grieving for the victims, and I’m angry with how inhumane the Indonesian authorities are. The intrusion of privacy is clearly a human rights violation. Consensual sex, regardless what the gender is, doesn’t hurt anyone and therefore shouldn’t be punishable. In the caning case in Aceh, we saw a crowd of ignorant people watching the caning and cheering for it. We know how miserable and lowlife these people are because they get the joy out of someone else’s torture. What’s next is for every Indonesians to ask themselves: what do you achieve by making others less equal? Religion shouldn’t be a reason to justify the basic human rights violation.”

2. How do you feel about the future for gay rights in Indonesia?

“This really is a tough question. Historically, Indonesia has been advancing its civil rights movement – in baby steps. The country has changed its politic system from dictatorship to democracy. Looking at LGBT movement retrospectively, this is a time where the visibility of LGBT people in Indonesia is getting bigger – and many Indonesians are trying to adjust to this “change.” It’s too early to predict the future of LGBT people in Indonesia now. What we know is that the conversations are happening across the country and the LGBT community activists, both local and international, are doing their best to achieve the future we want.”

“Indonesia is a country with thousands of islands divided into 34 provinces, each with different cultural and religious influence. The answer really depends on the destination plan. Some provinces will stay being LGBT friendly, some others will stay being conservative or worse. The caution that the LGBT tourists should pack in their mind before visiting the country is that, given what has happened, the intrusion of privacy might be justified by Indonesian law enforcers – that’s a horrifying truth.”

Those who are not registered as residents of Singapore will not be allowed into the 1st July event. 2017 Pink Dot’s organizers were reminded by the Singapore Police Force that the current law does not distinguish between participants and observers, and regards anyone who turns up to Hong Lim Park in support of an event to be part of an assembly. Sourced from BBC.

Here’s what Dez Yeo, the Director of ElementMag, Asia’s first gay men’s high-fashion and lifestyle journal has to say about this matter.

1.What are your thoughts on what’s happening related to the news story above?

“I must say that Pink Dot Singapore has done a great job this year by raising more than $200k from more than 100 local companies after the government banned foreign involvement and sponsorship of the event. As an LGBT Singaporean, I call for all my fellow LGBT Singaporeans not to be complacent anymore and must attend this annual rally to show those bigots that we are also united.”

2.How do you feel about the future for gay rights in Singapore?

“I hope that Sec 377a of the penal code can be removed soon. This code has definitely hindered a lot of necessary information and education for the young LGBTs living in Singapore such as safe sex. The future is positive as Pink Dot Singapore rally has been increasing in the number of participants. One day we will be able to celebrate Freedom of love in Singapore.”

“Definitely! I personally think LGBT tourism will stay status quo in Singapore. However, I believe with the new legislation from Taiwan, the LGBT tourism will boom further. There is finally an option for LGBTs to get married within Asia.”

Thanks to our amazing contributors Hugo, Safir and Dez Yeo.

Boys Are Going Nuts For These Giant Swans | Weekly Wanderlust...

ABOUT US
The Gay Passport is your complete Gay Travel Guide. Looking to Drink, Play or Sleep we have reviews to help. Award winning + Updated 2020. Contact us: info@thegaypassport.com